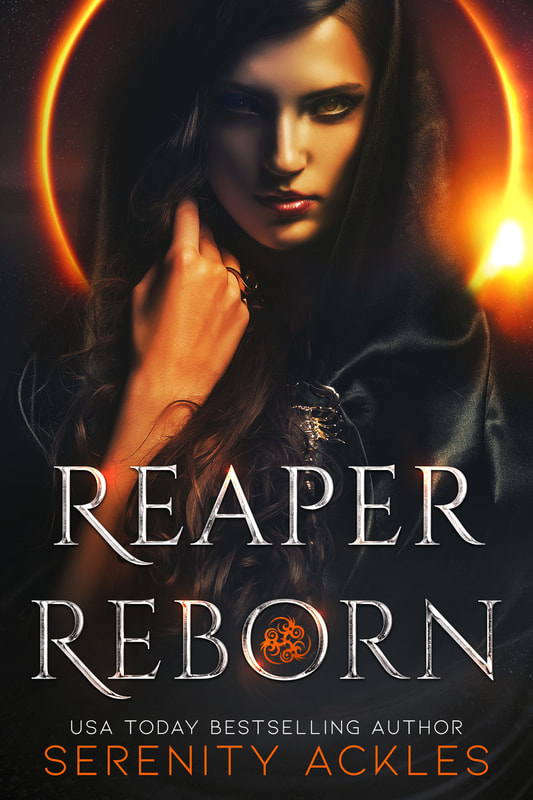 And in death, she shall be reborn…

When the invitation to the Halloween party said that even the dead were invited, I didn’t expect the wording to be so literal.

I also didn’t expect that it meant me.

Apparently, neither did the Reapers.

When my death sends me to purgatory instead of heaven and my soul isn’t the one the Reaper was expecting, the only option available to me is to accept the position of a Reaper.

While being alive has its obvious advantage. It also turns out that being dead has benefits too.

Three companions that are mine to bond with: alpha Lincoln, Vicente the rogue, and sweet Archer.

While I may not be the exact fit the Reaper was expecting, apparently there is a position they are so desperate to fill that I get three hot as sin guys—demons—to call my own.

Call me crazy, but death just became as tempting as my demons.
PRE-ORDER NOW